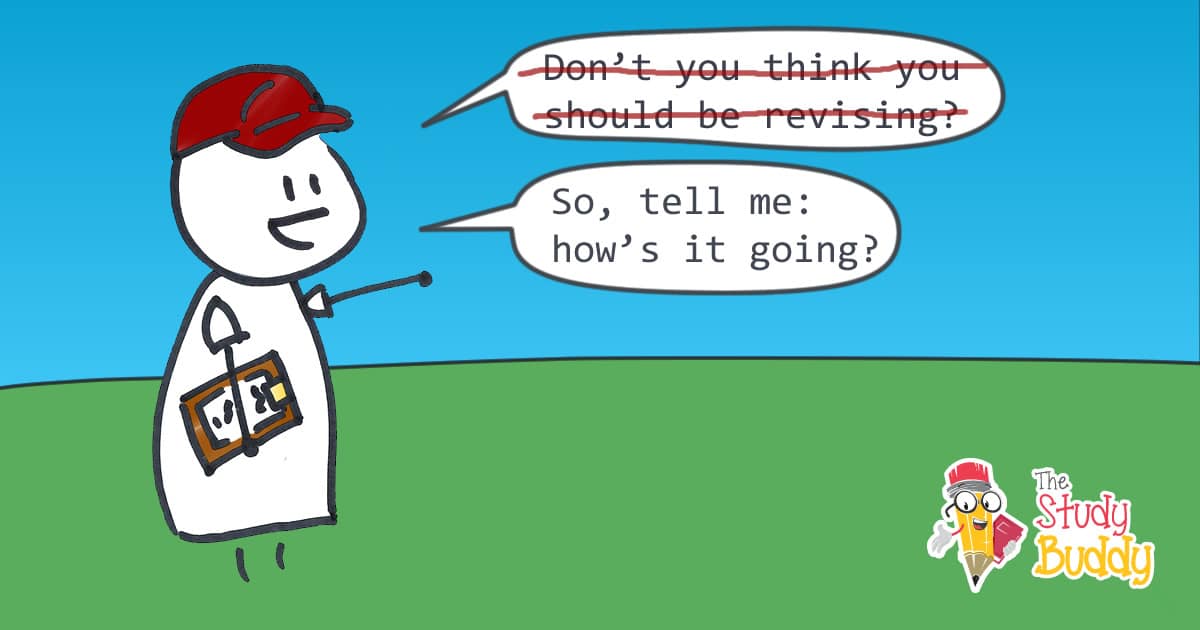 We’re all familiar with the idea of a coach as being the person screaming and shouting on the side lines of sports matches in American sitcoms. That’s not what we’re talking about here. The coach that your child needs, as they tackle the mountain of revision to their GCSEs, is likely to be someone who can help them to make sense of this huge task in front of them, which everyone keeps telling them will shape their future life (not scary at all then).

In this article we will explore the role of the coach, why it is what your child needs, and some of the ways that you can ask better questions to support your child’s revision. 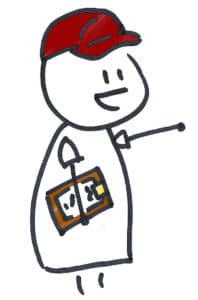 The practice of coaching is popular in big business. And it’s something that works in any number of situations outside the office too.

Coaching is about offering someone the support they need, by helping them to make sense of their challenges. Above all it’s guiding them in the process of developing. Sounds a lot like parenting, doesn’t it?

To get the most out of the process, coaches encourage others to be more self-reliant, trust their own judgement. Both of which ultimately lead to making better decisions – even if mistakes are made along the way. Perhaps sounds a little less like parenting for some of us now!

Typically, for most of their lives, our children are led. As parents we make decisions for them and, over time, hope that they will start to make good decisions for themselves – perhaps even rant at them when they don’t. This can often be true with how they’ve studied too – sitting down with them to do homework, setting aside time for them when they should revise. Of course, that’s not sustainable and fuels dependency which ultimately undermines the very things you want for them – to fulfil their own potential.

The key difference then between coaching and typical parenting is that a coach does not lead with advice, but asks questions. As coaches we’re prompting the student to come to their own conclusions and make their own choices, even if as parents we feel we know better.

Coaching is more about the interaction and support (the mind-set) than it is about the getting directly to an outcome.

And coaches do that best by being deliberately curious.

How do Coaches ask questions?

There is an art to questioning. Phrase a question in the wrong way and you could create barriers and generate friction. But, if asked well, questions can stimulate productivity and drive confidence. Don’t worry, practice makes perfect as the student and the coach will be learning together.

It’s easy, when asking a question to which you think you know the answer, to only leave one responses. Yes or no.

“Do you think you’ve done enough?”

This closed question is laden with a trap. Can you agree that if the questioner really thought that the child had done enough, this would never had been asked?

An alternative is to be more inquisitive:

This open question presents a chance for a discussion. Inevitably in the early days “yeah, alright” might be the response we hear. But that’s fine. Hit them with supportive follow-up. “Great, what went well?” or “what do you think might have made it even better?” This will spur your child to think deeper.

It might take a while for you both to get used to being an active participant. But remember, with your coaching hat on, you are both learning new ways to work together.

Even worse than the closed question, the leading question is intended to draw only one possible answer. As a parent we often use this coupled with guilt – because the answer reveals that what they are doing is ‘wrong’.

“Surely you don’t think that’s enough, do you?”

It is entirely natural and tempting to direct. After all, as parents it’s what we do. We can often see the consequence of an action and so, rather than watch a mistake being made, we highlight the situation and dress it as a positive decision on the child’s part.

“If you want to get better at maths, don’t you think that you should be doing more than one hour?”

While well intentioned, and certainly less judgemental, it doesn’t really offer your child the opportunity to think about their own actions and consequences. It’s telegraphed in the question.

Your child is – in all likelihood – not daft. They can spot subtext a mile off. So, don’t try to dupe them. If you have an opinion, remembering you are the coach, share it, but be clear that you are open to your opinion being wrong.

“I can see you’re not doing a lot of maths this week, what going on for you?”

There could be good reasons why they have dialled down Maths study, or they might be trying to avoid it. The tough part is that if you jump to conclusions, you’ll never know.

Try your best to make sure that you remain non-judgemental. Afterall, if they pack a week full of maths revision, for example, there’s no guarantee that they’ll do it. What your honest question might reveal is something to be worked on. Perhaps they’re less confident and need more support. The answers will give you a chance to work on that.

Can it be as easy as it sounds?

No. Being a parent but acting like a coach is going to take some getting used to.

Our inclination is to save our child from themselves. In the past, we’ve done this by making the decisions for them. And that has to stop. Shifting this to a process where we guide them to making decisions – and perhaps mistakes – for themselves will take some practice. And plenty of tongue biting.

Parent and child will both need to be resilient as they learn the value of a coach. Yet in our experience the rewards are worth it.

Over time the students will start to actively ask questions of themselves, judge the quality of their own decisions and weight up the impact of their decisions. And you, as parent, can be proud of the role you played in steering them.