About The Study Buddy

How The Study Buddy Came To Be.

The Study Buddy was the brain child of Nathan McGurl, who came up with the idea while helping his actual child revise for his GCSEs.

Just a dad, trying to help his son revise.

As exams got closer, it was clear that Jake wasn’t motivated to study. That might have been over-confidence in his ability, perhaps a bravado that if he ‘didn’t try he wouldn’t really fail’ or maybe that he would eventually do something. The issue was that as the deadline loomed, Jake was becoming more and more entrenched in doing nothing and it was creating a tense atmosphere. Because while he wasn’t prepared to put in the effort, he had big dreams and an even bigger sense of pride. Neither would be served well by him not reaching his potential.

As a family they had tried a number of standard approaches from leaving him to it, to drawing up a timetable. But nothing had any lasting impact and doing nothing was not going to yield the outcome Jake wanted. 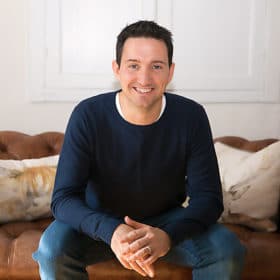 To help him sort out his revision – and to help his keep my cool – Nathan worked up an agile project based approach. He started with two questions questions:

To answer these, Nathan set about breaking down the courses into topics and subtopics. The idea being that this would give an approximate size of the task. In Jake’s case it worked out to be around 250 units. A very crude calculation showed that it would be a stretch, but possible to cover each topic in the time available.

But it wasn’t enough to simply know that. Continuing with the principles of project management – the kind that Nathan used in his employment, managing multi million pound website redevelopments – he went about creating a set of cards that detailed this master to do list. Now Jake – and everyone else – knew exactly what need to be done.

That left ‘When’. In the past scheduling had either been fairly inflexible – Maths at 5pm every Monday – or completely without structure – Maths whenever you like. An alternative was needed. Something that wasn’t done to Jake, but also gave a bit of rigour to the process. The idea of ‘sprints’ came about – allocating work from the backlog – or ‘to do’ pile.

But first, the week ahead needed a sense of perspective. So before anything else, the commitments and obligations were marked out: school, rugby matches or family lunch out all etc. Next came the things that Jake wanted to do: mammoth lie-in on Sunday, someone’s party on Friday night, Fifa marathon on Saturday afternoon. It all was marked out. Then. whatever was left blank was fair game for study.

The point here was to show balance. It’s not all about study and Jake had [an element of] control in what happened. This was a eureka moment. The more in charge Jake felt, the more open he was to doing it.

The final element came in the form or a set time to review and plan. Every Sunday evening, for about 20 mins Jake would reflect on how the week went. Items that needed a bit more time when back into the blacklog. Anything that was complete went into a Done section on the board. This worked out to be a masterstroke. The conversation became instantly elevated out of the emotion judgement of “are you doing enough” into something much more pragmatic and useful.

Plus, moving items to done gave a feeling of success. Something that was much more tangible that grades. That made it increasingly easy to look to the week ahead..

And The Study Buddy was born

Jake did well in his GCSE exams with results that reflected what he was capable of. And word soon spread with parents asking for tips and advice. This led to a pilot at a leading Somerset Independent School, Sidcot. The pilot was to test whether the method was repeatable outside the McGurl household, or whether the fact that Nathan had created it for Jake was the key. 12 students took part and the feedback was overwhelmingly: this works, and it will work for others.

Later that year, Nathan handed in his notice and went about creating the brand and manufacturing the products that you see today. For Nathan, it is really important that access to the approach should be freely available. He has talked at a number of schools, to parents and students, about how they can adopt this method at home. He has also hosted a podcast, now in it’s second season which explores the issues that students and parents might face, in the run up to exams.

If you would like to know more, please check out the rest of the site. And you are welcome to get in touch if you have further questions.